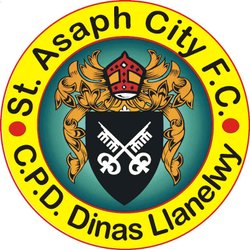 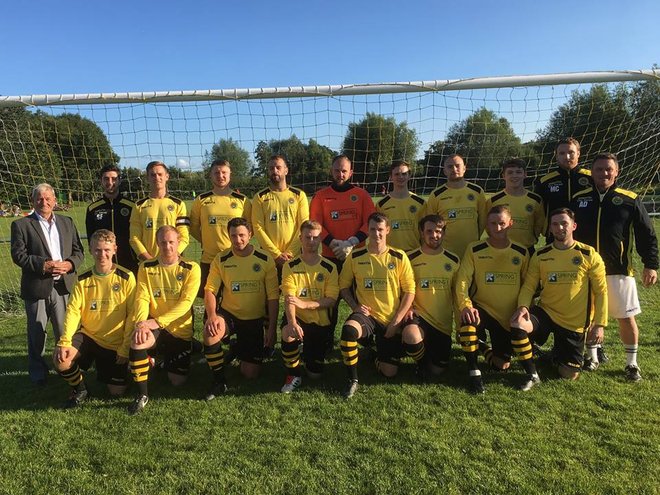 The first documented mention of football in St Asaph appears in a book “Companion to Asaph” published in 1888. According to the author a club called St Asaph Football Club that had been in existence for some time became St Asaph Athletic Football Club in 1885. In 1887 the team reached the final of the North Wales Junior Cup. At that time the team played at Elwy Park Grove, the present venue of St Asaph Football Club.

Very little documentation exists about football in the City for much of the 20th century although it`s possible that the team played in the Dyserth League for much of that time. In 1973 the Dyserth and Halkyn Leagues were amalgamated as the newly formed Clwyd League, which at the time had 5 Divisions. St Asaph finished Runners up in Division 3 in the 1976-77 season but it appears that the club folded about 1980.

The team were reformed for the 1990-91 season after ten years without a Senior football team. The team had Graham Hunter, the present Manager and Simon Nixon as joint player managers. They were accepted back into the Premier League and had a very successful season finishing runners up in the league, winning both the President`s Cup and the League Cup and runners up in the Auxilliary League. The team played a total of 50 games and John P Jones was the league`s top goal marksman with 44 goals. A reserve team was established in 1991-92. In that season the first team finished fourth in the Clwyd Premier League and won both the Presidents Cup and the League Cup. The reserves were runners up in Division 2 and gained promotion to Division 1.

In the 1992-93 season the first team became Clwyd League champions and were promoted to the Welsh Alliance. The team finished mid table and were looking forward to consolidating their position during the next season. Their hopes however were dashed when an arson attack destroyed the changing rooms and without the required facilities both teams had to fold.

Football returned to St Asaph in 2000 when the junior football teams were formed to play in the Rhyl and District Junior League. The Council built a new Pavilion which was opened in 2006 and Senior football was re-established in 2006-07 season when the team joined the Clwyd League Division 2. After finishing second in 2008-09 the team were promoted to Division 1. The following season 2009-10 the team won the League Championship and were promoted to the Premier League. Season 2012-13 saw the team become champions of the Premier League and win promotion to the Welsh Alliance League Division 2 finishing fourth in the League and sharing the Fair Play Trophy with Blaenau Amateurs