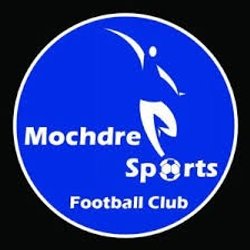 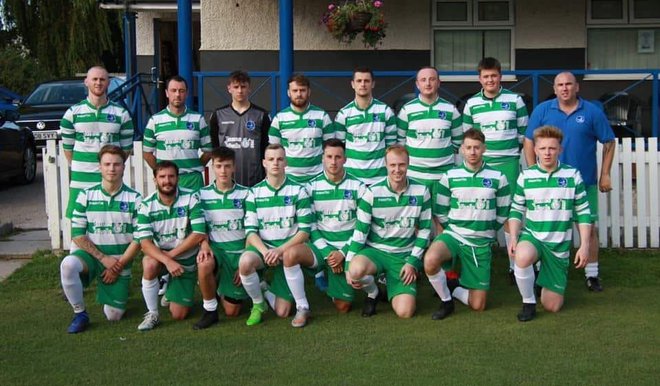 Mochdre Sports History
There exists a pin badge which dates football in Mochdre back to the 1940’s, and after further research it has been discovered that the first Mochdre football side took part in the 1929/1930 Vale of Conwy league and through various guises, Mochdre has had a football team ever since with the current team playing at Mochdre Sports Association on Swan Road. However following the en bloc resignation of the existing committee and management the club nearly ceased to exist in the summer of 2012. As a result of this, no in-depth records of the history of the club exist before this date. Two willing volunteers took on the running of the club, and quickly moved to appoint a UEFA ‘B’ qualified manager in place, and sign a good squad of players who had been attracted by the facilities and ambition of the committee.

The start of the 2012/2013 season was largely hit and miss, however after Christmas, our form turned and we went on an unbeaten run of 18 games which included 2 cup finals. This run allowed the team to finish in 4th place in the league, qualifying for the end of season “Clwyd Cup”. Before the Clwyd Cup was played, the lads first had to concentrate on the President’s Cup, where they had won through to the final. Mochdre beat Prestatyn Rovers 4-1 at Colwyn Bay’s Llanelian Road, and moved onto the Clwyd Cup campaign full of confidence. Mochdre successfully navigated runaway Clwyd East League winners Point of Ayr, and Rhuddlan Town to reach the final of the Clwyd Cup. The final was played at Prestatyn Town’s Bastion Gardens against Aston Park Rangers, and was a tense affair with both teams missing good chances. Mochdre won the final 1-0 to finish the season 4th in the league and with a cup double. Not bad for a team which nearly folded before a ball had been kicked!

The following summer, the manager resigned leaving the club back at square one. The committee worked hard to secure a new manager and eventually settled on a former Mochdre captain who was looking to get back into football. The season started slowly and eventually a good run of results left the team sitting 5th in the league and in the final of the Premier Cup. The Premier Cup final was held at Colwyn Bay, the site of the previous years successful President’s Cup win, and was against local rivals Rhos United. Mochdre won the game quite convincingly 3-1 despite falling a goal behind, and in doing so had won the 3 cup competitions it is possible to win in the Clwyd Premier Divison in two seasons.

In January of 2014, our secretary received an invitation from the Welsh Alliance League to apply for promotion to a higher league due to the quality of our facilities and the well-known Mochdre football name. After some deliberation, the committee hesitantly agreed and after our application was accepted, they prepared themselves for a tricky season both on and off the pitch.

August of that year saw us play our first game at this level since we resigned from the Welsh Alliance back in the early 1990’s. The league was a big step up in quality football wise as any mistakes were punished. After a tough start to the season, Mochdre began to find some form, which coincided with a run of home games. However, another managerial change was around the corner which gave young Tom Shorrocks the opportunity to take the reigns. Tom led the team to a 13th placed finish in the league.

Our second season back in the Welsh Alliance League gave us the opportunity to host "Groundhop UK" in late August. A narrow 1-0 win over Prestatyn Sports in front of a Groundhop UK Friday Night record crowd of 313 meant it was well worth the efforts. The season was largely uneventful, with a 7th placed finish. But the groundwork was set, and signs of promise were beginning to show.

Last season, 2016/17 saw Mochdre finish the highest they have ever finished within the Welsh Pyramid. Mochdre produced some stunning form, at one stage losing only once from mid-October until mid-April, some 20+ games. However, a spectacular collapse in form saw them finish the season with only 1 win in the last 6 games and end up 4th.

Teams based in Mochdre have traditionally worn green and white hooped shirts, and we are glad that as of the 2013/2014 season we were able to move back to this. Football has played a big part in the local community in the past and the committee is looking to develop that relationship with the village of Mochdre once more