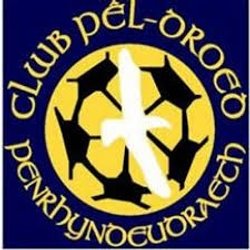 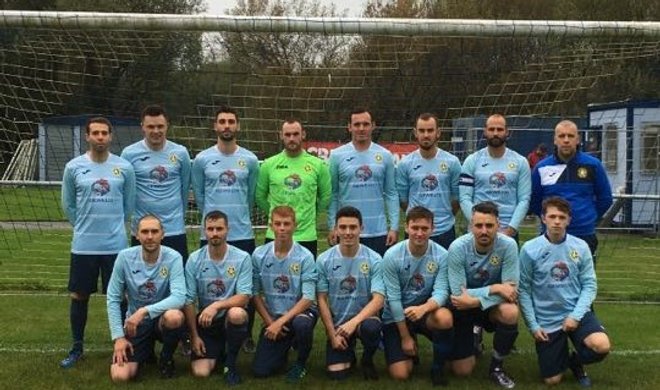 Although football is believed to have been played in Penrhyndeudraeth as far back as the 1900s, and then by a team known as Penrhyndeudraeth Rovers in the 1910s, there are no real records for that period.

Competitive football in Penrhyndeudraeth can, however, be traced back to the 1930s, with the team of the village’s Cooke’s Explosive Works team, Cooke’s United FC, being involved in the Lleyn & District League during the 1937/38 and 1938/39 seasons, then in the Lleyn Peninsula League after the 2nd World War during the 1946/47 and 1947/48 seasons.

For the 1948/49 season they joined the Welsh League (North) and were involved in that League until 1950/51. The team then joined the Cambrian Coast League for the 1951/52 season, and records show their involvement, with limited success, until the end of the 1957/58 season. A new club, Penrhyndeudraeth United, was then formed and joined the Caernarfon & District League at the start of the 1966/67 season, but folded, after 3 unsuccessful seasons, at the end of the 1968/69 season. Clwb Pêl-Droed Penrhyndeudraeth, in its current form, was formed in 1981, joining the Sain Caernarfon & District League.

Despite an opportunity of promotion to the Welsh Alliance League at that time, the team disbanded and the 1999/2000 season saw the Club go an entire season without winning a single League match, and relegation followed to the Caernarfon & District League. The Club saw many managerial and squad changes, with little or no success, until the 2009/2010 season, when the team were finalists in the League’s Gwynedd Safeflue Cup and their League position led to promotion from Caernarfon & District Division 2 to Division 1.

The team were then runners-up in Division 1 and winners of the Kon-X Wales Cup and Moorings Cup in 2010/11 under the management of Gareth Piercy and Richard Davies. During the next pre-season, Gareth Piercy resigned as manager, with Richard Davies taking over and added Bleddyn Williams as his assistant. Promotion was eventually and belatedly gained to the Gwynedd League and the team achieved a League treble, League Championship and winners of both the Gwynedd Safeflue Shield and Bob Owen Memorial Shield. The 2012/13 season, the Club’s first ever at Welsh Alliance League level, was again a success – finishing 3rd in the League, winning the Take Stock Van Hire Cup (for 2nd Division Clubs), runners-up in the Mawddach Challenge Cup and also the trophy for the best official programme in the League’s 2nd Division.

The 2013/14 season saw the Club being champions of the Welsh Alliance 2nd Division, finalists in the Take Stock Van Hire Cup and semi-finalists in the FAW Trophy, also winning the trophy for the best official programme in the League’s 2nd Division, for the second season in succession. 2014/15 saw the team finish 5th in the Welsh Alliance 1st Division, as well as reaching the final of the FAW Trophy, which was the most prestigious day ever in the Club’s history.

Last season, the team finished 6th in the Welsh Alliance 1st Division and added a new trophy to the honours list by winning the Mawddach Challenge Cup, another memorable day in the Club’s relatively short history.

This season the Club will again compete at its highest level in Welsh football and seek to establish itself at this level.